The North Shore École Libre school project intends to found and build a democratic, public, bilingual school in a natural setting on the north shore of Montreal. 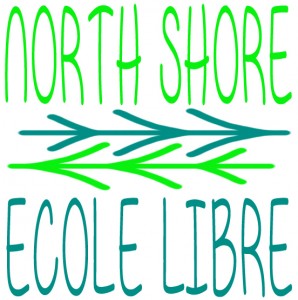 We are actively seeking parents, teachers, students, seniors, and citizens who are interested in participating.  The school will operate as a true democracy, wherein members of the assembly (students, staff) will participate through voting and elections in the school administration, including the choice of courses, the rules, the budget, and the management of physical and human resources.  Furthermore, members of the assembly will have the rights of all Québec citizens, in particular freedom of conscience, and including the freedom to abstain from attending classes, receive grades, or take examinations.  We are also considering the possibility of integrating a senior centre in the school project which would follow the same philosophic principles. Your are invited to contact Tamara Mackenzie via email at  tammy@redaq.ca, on Facebook, or else by telephone at 514-544-5226 for any reason whatsoever.